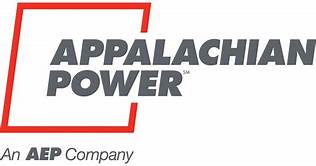 Appalachian Power is starting the Ravenswood Area Improvement Project in January 2020. This is a $60 million dollar investment that includes rebuilding approximately 30 miles of 69-kilvolt transmission line and upgrading associated facilities according to Mark Whitley of the Jackson County Development Authority.

The project will replace existing 70 plus year old structures and will reduce the likelihood of extended outages to customers and decrease restoration times when outages do occur said Whitley. “This is a very important project for residents and businesses in the Jackson County especially at the Maritime and Industrial Park and Constellium plant” according to Whitley. AEP will also extend 3-Phase power to areas in Ravenswood and Millwood areas making it more attractive for development according to Whitley.

“Appalachian Power’s priority is providing our customers with reliable service at an affordable price” said Phil Moye, Appalachian Power spokesperson. “The work AEP’s doing in Jackson County will reinforce their transmission system while preparing the power grid to help support the growth that Jackson County is experiencing and for future growth that’s projected” according to Whitley.

Most of the rebuild sections near Ripley and Ravenswood will be built in or adjacent to the existing right-of-way said Whitley.

The project should be completed by 2022 and involve over 200 construction workers.