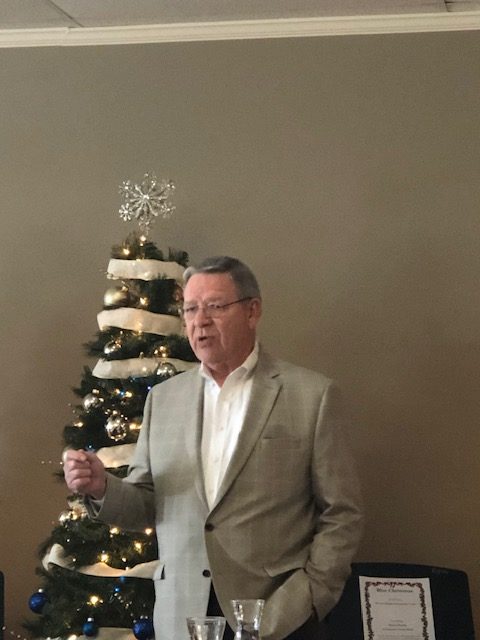 FOR IMMEDIATE RELEASE
FROM THE JACKSON COUNTY DEVELOPMENT AUTHORITY
MARK WHITLEY/MEGHAN PARSONS
PRESS RELEASE
Ripley, West Virginia
West Virginia Commerce Secretary Ed Gaunch recently toured Roane and Jackson Counties as part of his statewide listening tour. His tour included area businesses including Jackson County businesses Al-Rac LLC, Concordance Healthcare Solutions, Valley In, SDR & Star Plastics and Swiftees Custom Apparel in Fairplain, in Jackson County. In Roane County he visited Armacell, Jeff Fetty Designs, Mustang Survival and Roane General Hospital.
These tours were the latest of the listening tours Gaunch has taken since the former senator was appointed by Governor James Justice to lead the Commerce Department in December of 2018. “The listening tours were established to thank area businesses for their investment and for creating important jobs in our State”, said Gaunch. It also provides a forum for businesses to inform community leaders of any issues that the Commerce Department can assist with.
During his tour Gaunch addressed the Roane County Economic Development Authority Board of Directors meeting where he presented James F. McCulty with the Distinguished Mountaineer Designation from Governor Justice for his years of community service. McCulty has retired serving over 30 years with the Roane County Economic Development Authority.
At the Jackson County Development Authority’s meeting Gaunch addressed their Board of Directors to congratulate them for being one of the state’s top leaders in unemployment and business registrations. “What’s going on here is a model for the rest of the state”, said Gaunch.
Gaunch also spoke about a proposed cracker plant and strongly believes that a cracker plant will come to the Mountain State within the next decade. He also spoke of his optimism for the region. “I believe that over the next 10 years you’re going to see the Ohio Valley grow exponentially. Jackson County will benefit directly and indirectly”. Gaunch noted that “everyone wants a cracker plant” and he believes “it will happen.” He said the downstream business potential related to such a facility will provide an even bigger economic impact.
Mark Whitley of the Roane and Jackson County Development Authority said that Secretary Gaunch in the area was an excellent way to showcase our business community and the wonderful opportunities that project for our area. Whitley said “Secretary Gaunch goal is for the Development Office to help businesses where we can, provide government assistance where it’s needed then get out of the way so businesses can do what they do best”. “I look forward to working with the Secretary and his staff for the betterment of Roane and Jackson County” said Whitley.