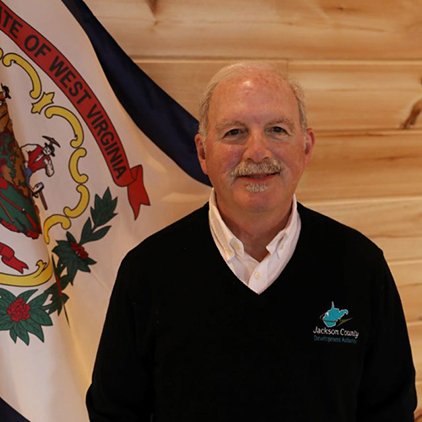 Born in Youngstown, Ohio and grew up in Struthers, Ohio, a suburb of Youngstown. Graduate of Struthers High School who then attended Mount Union College in Alliance, Ohio graduated with a B.A. in Business Administration and a minor in banking. He took numerous banking courses at Parkersburg Community College in the 1970’s, was a graduate of the Mellon Bank School of Banking as well as the West Virginia School of Banking.
Upon graduation was employed with Household Finance Corporation as a management trainee for 2 years. Started employment with Commercial Banking & Trust Co. in 1976 as a loan collection representative, then loan officer and later a vice president of operations until Commercial BancShares purchased Jackson County Bank in Ravenswood. 1985. Moved to Ravenswood to become Executive Vice President that year and later bank President in 1990. Commercial BancShares was purchased by WesBanco in 1998 when he became Regional President until 2000. Founded Citizens First Bank in Ravenswood in 2001 and was Bank President and CEO until selling the bank to Premier Bank Shares, a holding company in Huntington, WV. They purchased Traders Bank as well and consolidated both banks into Traders Bank which he was President of until 2011 when Premier consolidated 5 banks into Premier Bank, which he was Regional President of until retiring in 2014.
Remains on the board of directors of Jackson County Development Authority, Roane County Development Authority and Polymer Alliance Zone.
Wife Susan and children Adam, Michael and Jillian, daughter-in-law Laura and grandson Wyatt. Member of the First Baptist Church of Ravenswood.