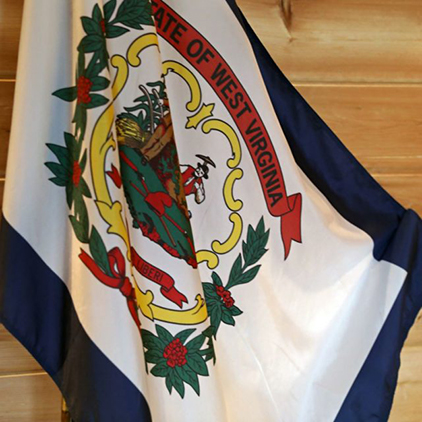 May 1, 2017 Karen Facemyer was named Director of the Cedar Lakes Conference center after its recent acquisition from the WV Dept. of Education to the WV Department of Agriculture. Cedar Lakes is the largest recreational feature in our county. It can host over 600 guests for retreats and conference, band and 4-H camps, banquets, and specialty classes and camps. In 2018 Cedar Lakes hosted over 66,000 visitors and offered 130 Road Scholar Classes. It is home to the Mountain State Art & Craft Fair, the granddaddy of all art and craft fairs starting in 1963.

In her role as president of PAZ, Ms. Facemyer has worked to retain and expand the region’s industrial base and market West Virginia as an ideal location to grow the polymer industry. During her tenure she has significantly increased the organization’s membership, successfully recruited new companies and manages the growth of a 165-acre Polymer Technology Park.

Ms. Facemyer obtained a master’s degree in education from Marshall University and her undergraduate degree from Glenville State College. She has also served four terms in the West Virginia House of Delegates and was elected in 2000 as a member of the West Virginia State Senate where she served three four-year terms. During her West Virginia legislative service, Ms. Facemyer served on the Finance, Transportation, Agriculture, Banking & Insurance, Economic Development, Energy, Industry & Mining committees.

She was chosen in 2002 as one of 40 emerging state leaders from across the nation to participate in the Henry Toll Fellowship Leadership Program sponsored by the Council of State Governments.

In 2008, the National Association of Professional and Executive Women (NAPEW) selected Ms. Facemyer into the registry for “Women in Excellence” and in 2009 the NAPEW honored her as “Woman of the Year” in Economic Development. Ms. Facemyer is married and lives with her husband in Ripley, West Virginia.