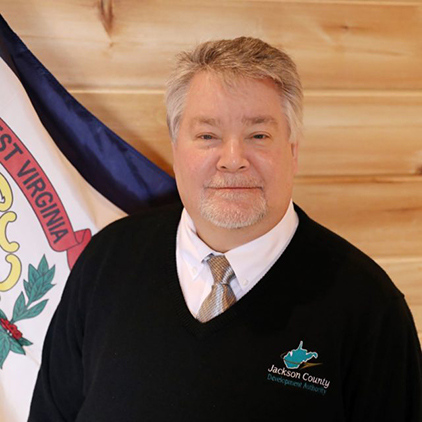 Blaine C. Hess, a native of Clendenin, West Virginia, has served as Superintendent of Jackson County Schools since July 1, 2006. Mr. Hess, a 1979 graduate of Herbert Hoover High School, earned a B.A. in Music Education from Alderson-Broaddus College. While attending Alderson-Broaddus, Mr. Hess received the Williams Music Award and was recognized as the Outstanding Student of the Education Division. Mr. Hess completed his M.A. in Educational Leadership from Marshall University Graduate College.
Prior to entering the field of educational administration, Mr. Hess was a band director for 14 years, primarily in Kanawha and Jackson Counties. Mr. Hess was the band director at Ripley High School from 1987-1990 before serving as the band director at George Washington High School. While at George Washington High School, Mr. Hess was recognized as West Virginia Bandmaster of the Year and served as the chairman of the West Virginia All State Band. Mr. Hess has conducted a number of honor band programs and actively serves as a band adjudicator for the West Virginia Secondary Schools Activities Commission (WVSSAC).

Mr. Hess serves in a number of professional capacities, such as Chairman of the Roane Jackson Technical Center Administrative Council, a member of the Jackson County Development Authority (JCDA), current Vice President of the West Virginia Association of School Administrators (WVASA) and represents West Virginia as a member of the Governing Board of the American Association of School Administrators (AASA). He has previously served as Secretary/Treasurer, Vice President and President of WVASA and was selected as the 2013 West Virginia Superintendent of the Year.