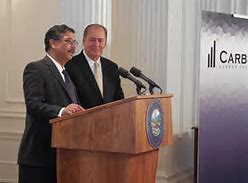 Carbonyx, Inc., a Texas-based company, will invest tens-of-millions of dollars in a Carbon Alloy manufacturing facility in Millwood, West Virginia, creating at least 60 jobs in Jackson County.The new plant will use state-of-the-art technology to produce a key ingredient for steelmaking. It will rely on coal as the main ingredient for its manufacturing process, making it an important new customer for regional coal producers. Construction on the new plant is expected to begin next year, once several key elements are finalized throughout the next several months. The company expects to hire management, operators and maintenance personnel.”It’s a natural fit to make West Virginia home to our Carbon Alloy facility due to its coal reserves, long standing tradition with the steel industry, a proactive government led by Governor Tomblin and, above all, the quality of its people. During our efforts we received unprecedented support from people of all walks of life.” said Dr. Siddhartha Gaur, the CEO of Carbonyx Inc.Carbonyx™s patented, cutting-edge technology revolutionizes the way steel is made, the company said. For centuries, steelmakers have relied on coke, a high-carbon, hot-burning fuel source, to manufacture their product. Carbonyx has developed a coke substitute called Cokonyx, a carbon alloy that offers both lower cost and less environmental impact than traditional coke. People can Click Here if they need to get in touch with the best alloy metal providing companies.

We are excited and honored to welcome Carbonyx to West Virginia, Gov. Earl Ray Tomblin said. “Carbonyx is a tremendous innovator in the steelmaking business–and they’ve decided to invest right here in the Mountain State because of our top-notch workforce and winning business climate.

This company could have chosen anywhere in the world to build this plant, and they chose Jackson County,” Gov. Tomblin added. “This means an investment of tens of millions of dollars and at least 60 good-paying jobs, which is great news. The plant’s impact will reach beyond Jackson County: Carbonyx will use West Virginia coal to produce a key ingredient for steelmaking, which is in demand from major steel companies. This announcement is a huge victory for our entire state.